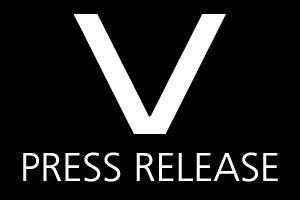 Las Vegas, NV – It’s not every day that you get a chance to learn a jump shot from LeBron James. Nor does the opportunity present itself to be taught how to throw a football like Peyton Manning. However, for mixed martial arts fans, the ability to learn strategy and techniques from the sport’s most influential figures presents itself at this year’s UFC® Fan Expo™.

At this year’s Expo, fans will have the opportunity to learn from the sport’s best athletes and coaches on Friday, May 28th and Saturday, May 29th at the UFC Fan Expo. From jiu-jitsu techniques with former UFC welterweight champion Matt Serrato explosive takedowns with former WEC featherweight titlist Urijah Faber, the UFC Fan Expo’s  Training and Development sessions offer fans the ultimate mixed martial arts experience.

“This is a chance for fans to learn MMA from the best,” said UFC President Dana White. “Whether you have been training for a long time or just beginning the sport, there is something for everyone at these Training and Development Sessions.”

Ultimate Fighting Championship®, Ultimate Fighting®, UFC®, The Ultimate Fighter®, Submission®, As Real As It Gets®, Zuffa®, The Octagon™ and the eight-sided competition mat and cage design are registered trademarks,registered service marks, trademarks, trade dress and/or service marks owned exclusively by Zuffa, LLC and licensed to its affiliated entities and other licensees in the United States and other jurisdictions. All other marks referenced herein may be the property of Zuffa, LLC, its affiliates or other respective owners.

The UFC Fan Expo is operated by Reed Exhibitions, the world’s leading
events organizer, with over 470 events in 37 countries. In 2008, Reed brought together

over seven million industry professionals from around the world generating billions of dollars in business. Today, Reed events are held throughout the Americas, Europe, the Middle East and Asia Pacific, and organized by 38 fully staffed offices.

Hrmm that was weird, my comment got eaten. Anyway I wanted to say that it’s nice to know that someone else also mentioned this as I had trouble finding the same info elsewhere. This was the first place that told me the answer. Thanks.