Four main-card fights including a world title fight have been secured to heighten the already talent-laden lineup for MFC 26: Retribution.

The event, which will be held in Westman Place at the Keystone Centre in Brandon, Manitoba, Canada, and air live on HDNet Fights, features a co-main event pitting MFC lightweight champion Antonio “Mandingo” McKee (24-3-2) against Brazilian jiu-jitsu specialist Luciano Azevedo (16-8). The savvy veteran McKee has not lost since 2003 but has garnered a reputation for dragging fights out. With a new aggressive mindset, McKee has declared he will retire from mixed martial arts if Azevedo lasts five rounds against him in a quest for the 155-pound championship belt.

“I’ve said before that I will fight differently but I was still cautious. Not anymore. I am going to destroy Azevedo … I will mess him up. If it goes to a decision, I will leave my gloves in the ring and walk away,” touted McKee, who trains out of Lakewood, California.

Azevedo, a native of Rio de Janeiro, is an accomplished competitor, and the only fighter to earn a victory over world-renowned featherweight kingpin Jose Aldo. When the two met in 2005, Azevedo scored a rear-naked choke victory – a crowning achievement for the 26-year-old who just four months later would go on to defeat reputed striker Din Thomas. Azevedo, who will be making his debut on North American soil at MFC 26, has won six of his last eight fights and holds 12 submission victories in his career.

Watson is an extremely gifted striker who flashed his wares in his organizational debut, scoring a first-round, head-kick knockout over Travis Galbraith at MFC 24 back in December. The Southampton, England, native has won eight straight fights and will be well-prepared for encounter with Taylor as he trains alongside Georges St. Pierre in Montreal.

Taylor, meanwhile, will be looking to get on a winning streak of his own, having won two of his last three. The Murrieta, California, product earned victories over Jason Day and veteran Murilo Bustamante in recent bouts, but sandwiched in between was a first-round submission defeat at the hands of Thales Leites in the main event of MFC 25 this past May.

In a light heavyweight battle, rugged sluggers Dwayne Lewis and Wilson Gouveia will meet in a pivotal matchup to see who remains in the mix of the MFC’s 205-pound division. Lewis (11-5) had a seven-fight win streak snapped at MFC 25 when he dropped a three-round decision to former MFC light heavyweight champ Emanuel Newton. But the Fort McMurray, Alberta, product has shown plenty of resiliency throughout his career, and knockout power as well, having finished off five opponents during that winning streak including rival heavy-hitter Marvin Eastman.

Gouveia (12-8), the American Top Team representative from Fort Lauderdale, Florida, also is in dire need of win as he too was beaten at MFC 25, dropping a one-sided decision to Ryan Jimmo. The native Brazilian does have an impressive list of beaten foes on his resume including Jon Fitch, Jason MacDonald, Jason Lambert, and Seth Petruzelli.

The live televised card on HDNet will kick off with a showdown between two tough-minded rivals as “King” Solomon Hutcherson takes on David Heath. A native of Milwaukee, Wisconsin, Hutcherson (11-6) is another reality show standout who is looking to squarely solidify his position in the MFC’s middleweight ranks. Heath (15-6), who will be making his debut at 185 pounds, has collided with numerous big names in the light heavyweight ranks, and the Tulsa, Oklahoma, resident was part of the MFC’s 2009 Fight of the Year.

Two more main-card bouts including the other half of the co-main event for MFC 26 will be announced shortly. 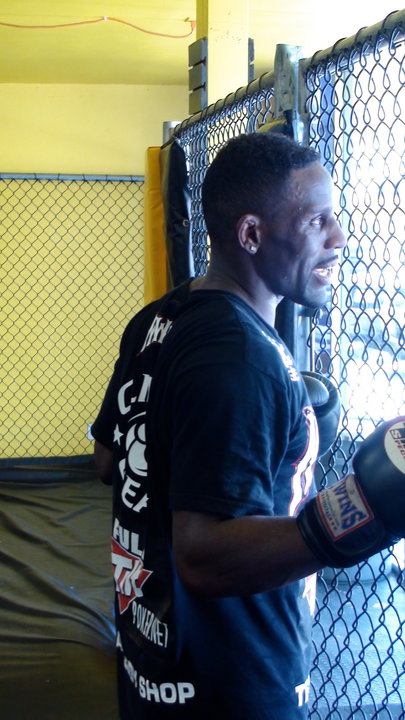