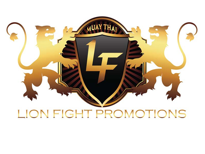 LION FIGHT 11 tickets are on sale now through theD.com and the D Las Vegas box office by calling 702-388-2111. Tickets start at $25 for General Admission (standing room only), $45 for Reserved Seating; $75 for Floor Seating; and $95 for Ringside Seating.
“I’m excited to announce that LION FIGHT 11 is making history and will become the first ever live nationally televised sports event at the Fremont Street Experience,” said Kent. “I’m thankful to everyone at the D Las Vegas, the Fremont Street Experience, and especially Mark Cuban and Andrew Simon at AXS TV for working with me on this fight. This is the biggest step yet in growing our sport in America. I can’t wait for everyone to experience Lion Fight Muay Thai at the Third Street Stage on September 20 and watch the best standup fights in the world.”
“The D Las Vegas is proud to partner with Scott Kent and his Las Vegas-based promotion Lion Fight to present world class Muay Thai fights at the Fremont Street Experience,” said Stevens. “On September 20, it’s fight night at the D Las Vegas, and we are thrilled to be a part of this historic event.”
“As one of the most popular destinations in the world, the Fremont Street Experience is always looking for the best in entertainment and live events, and we are pleased to deliver both with LION FIGHT 11 Muay Thai,” said Victor.
“AXS TV is honored to showcase Las Vegas and present Lion Fight as the first live nationally televised sports event at the Fremont Street Experience,” said Simon.  “Not only does Lion Fight have the greatest Muay Thai fighters in the world, it also has Scott Kent, an exceptional promoter who effectively put all these pieces into place. LION FIGHT 11 is going to be an iconic event in combat sports history, and AXS TV is looking forward to airing it live.”
LION FIGHT 11 will feature World Muay Thai Council (WMC) Champion “Nampon” in the main event vs. a yet to be announced opponent, and American Muay Thai star Kevin Ross vs. former WBC Muay Thai Japan Champion Tetsuya Yamato in the co-main event.
Lion Fight will hold events free and open to the public the week leading up to LION FIGHT 11 including fighter autograph signings, a public press conference and weigh-in event. Details, fighters and more bouts for LION FIGHT 11 will be announced in coming weeks.
LION FIGHT 11 will take place at the Third Street Stage at the Fremont Street Experience Friday, Sept. 20.
The event opens at 4:00 p.m. PT; first bout starts at 5:00 p.m. PT. AXS TV will present Lion Fight 11 live nationally starting at 10:00 p.m. ET/7:00 p.m. PT. AXS TV network partners include Mark Cuban, AEG, Ryan Seacrest Media, Creative Artists Agency (CAA) and CBS and is broadcast to over 42 million homes in America.
For Lion Fight Promotions news and updates please visit Lionfight.com, onFacebook.com/LionFightMuayThai and follow on Twitter @LionFight.
About Lion Fight Promotions
Based in Las Vegas, Nevada, Lion Fight Promotions, LLC is the world’s premier Muay Thai organization. Founded in 2010 by owner and Chief Executive Officer Scott Kent, Lion Fight is the most active promoter of Muay Thai events and stands as the largest standup combat sports organization in North America. Lion Fight’s full rules Muay Thai events are televised live nationally to over 42 million homes as part of AXS TV’s long-running Friday Night Fights series. The company is dedicated to growing Muay Thai in America and to presenting world-class events stacked with the best fighters in the sport.
Be Sociable, Share!