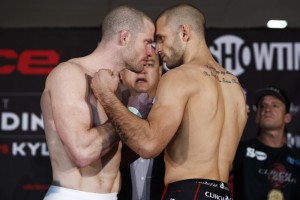 OKLAHOMA CITY (Jan. 11, 2013) – All fighters participating in Saturday’s STRIKEFORCE World Championship telecast made weight on Friday, just one day before they step into the cage at Chesapeake Energy Arena in Oklahoma City, Okla., live on SHOWTIME (10 p.m. ET/PT, delayed on the West Coast) as part of a Free Preview Weekend on SHOWTIME® that begins this Friday, Jan. 11, and runs through Sunday, Jan. 13 and is available in over 80 million households. 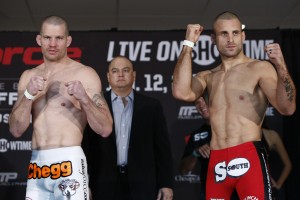 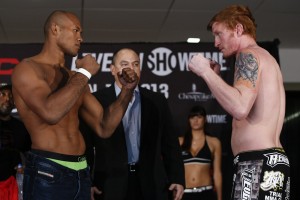 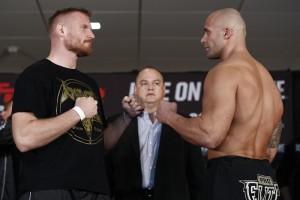 In the main event STRIKEFORCE Welterweight Champion and former UFC title contender Nate Marquardt, of Aurora, Colo., will defend his belt against the streaking Tarec Saffiedine, of Brussels, Belgium.

In a co-featured fight, undefeated top heavyweight contender Daniel Cormier, of San Jose, Calif., will square off with Dion Staring, of North Brabant, Netherlands, in a three-round heavyweight bout.