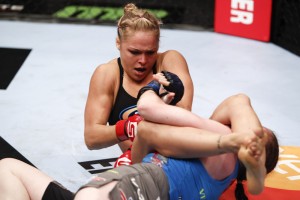 The undefeated Rousey continued her mind-boggling streak: six professional fights, six wins via first-round arm bar. Through those six fights, she has fought a miniscule total of seven minutes, 39 seconds as a professional. 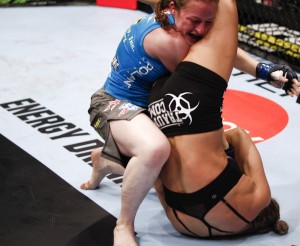 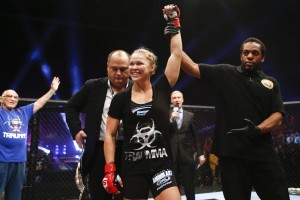 The former Team U.S.A. Judoka Olympian, and the first American woman ever to medal in that sport (Bronze, Beijing 2008), has been on a meteoric rise to stardom in recent months. Since her win over Miesha Tate back in March where Rousey captured the STRIKEFORCE Championship, she has appeared on the cover of ESPN The Magazine’s The Body Issue, appeared in Maxim Magazine (Sept. issue), been the subject of her own two-episode documentary series from SHOWTIME Sports, All Access, guest hosted TMZ, and appeared on Conan O’Brien’s nationally televised late night talk show.

On Saturday, Rousey justified the attention with her ferocious ability and should expect the hype machine to continue.

“Yes! You must believe the hype,” bellowed SHOWTIME Sports host and play-by-play man Mauro Ranallo shortly after the tap.

Other action from STRIKEFORCE: 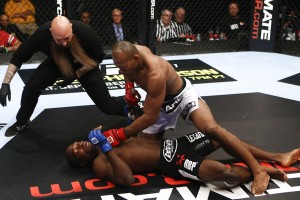 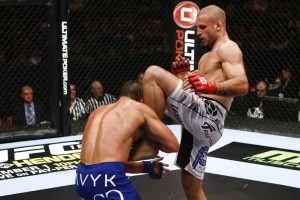 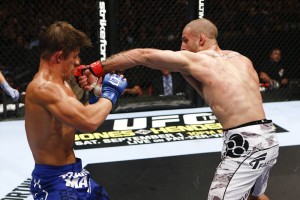 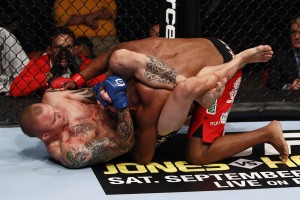 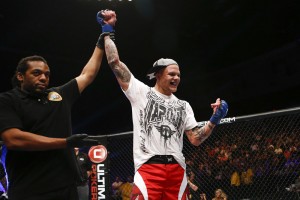 NOTE: Tate weathered a heavy storm of strikes by the veteran Kedzie to win an action-packed fight via arm bar in the third round.  Tate showed a tremendous amount of resiliency and heart in outlasting Kedzie.

SHOWTIME will make Tate vs. Kedzie, which aired live on SHOWTIME EXTREME on Saturday, available for subscribers at SHOWTIME ON DEMAND™ within a few days.  More information on this is forthcoming.