NEW WAVE OF SUPER MIDDLEWEIGHTS TO BATTLE IN EXCITING TRIPLEHEADER ON FRIDAY, NOV. 5, ON SHOBOX: THE NEW GENERATION 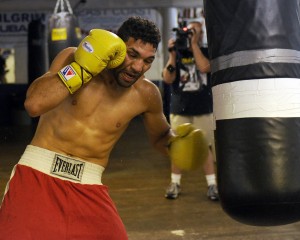 NEW YORK (Oct. 28, 2010) – One night before the final Semifinal spot in the Super Six World Boxing Classic is locked up, six up-and-coming super middleweights representing the future of boxing’s hottest division will square off in an exciting tripleheader on ShoBox: The New Generation, Friday, Nov. 5, LIVE on SHOWTIME® (11 p.m. ET/PT, delayed on the West Coast).

“Everyone knows about the Andre Wards, Carl Frochs, Arthur Abrahams and the other fighters in the Super Six World Boxing Classic, but we’re excited to show off some super middleweights that we’ll be hearing a lot from in the future” said Gordon Hall, ShoBox executive producer. “The Super Six currently in progress features the elite in the 168-pound weight class. On ShoBox, we are featuring the next generation of American super middleweights. This is the wave of the future in this division.”

Rodriguez, 25, is making his second appearance on ShoBox and first appearance in the main event. He is a former amateur star, having won the gold medal at the 2006 National Golden Gloves Championships and the gold at the 2005 U.S. National Amateur Championships, both at 165 pounds. He is currently rated No. 4 by the NABF and NABO.

Rodriguez, a boxer-puncher with excellent hand speed and power, has yet to fight past eight rounds in his career. He has won his last four fights by knockout or TKO and is coming off a fifth-round knockout win against another lefty, Ibrahiem King, in his last fight on June 24 in Worcester, Mass.