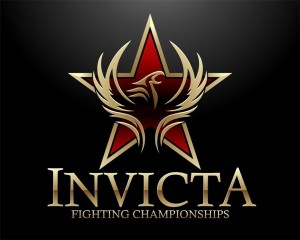 Ranallo, the lead commentator for Strikeforce on Showtime as well as for Canada’s The Score Fighting Series and a former commentator for Japan’s Pride Fighting Championships, will serve as the play-by-play announcer during the live stream of the event.

“I have always been a huge advocate of female MMA and I am very excited to be a part of the inaugural Invicta show,” said Ranallo. “The ladies have a history of stealing the show from the guys, so it’s nice to see them get a show of their own.”

Lawal is a former Strikeforce light heavyweight champion who burst onto the fight scene four years ago with four straight victories in Japan’s World Victory Road MMA series and has since amassed a career record of 8-1 (1 NC). A former NCAA Division I All-American wrestler for Oklahoma State University, the 31-year-old has gained recognition for his technical knowledge of MMA and his meticulous attention to fighters’ styles.

“I’m excited to be a part of this event with some of the top women’s fighters in the world,” said Lawal. “The growth of women’s MMA is going to soar even more now, thanks to what Invicta is doing.”

Like Lawal, Kedzie brings a wealth of MMA fight experience with her to the show. A student of famed trainer Greg Jackson, the 31-year-old has been competing as a professional since 2004 and holds a career record of 16-9.

“This Invicta show is a landmark moment in the history of women’s MMA and I’m very excited and honored that I was asked to be a part of it,” said Kedzie.

The live stream on InvictaFC.com will begin at 8 p.m. EST/5 p.m. PST with the event’s five-bout preliminary card and continue with the six-bout main card.

The first-ever Invicta Fighting Championships event will be headlined by a long-awaited featherweight (145 pounds) rematch between superstar Marloes Coenen (19-5) of The Netherlands and Romy Ruyssen (5-1) of France. Coenen was the victor of their first meeting on Aug. 2, 2008 by way of submission (rear-naked choke) in the second round of action.

In the co-main event, two 29-year-old submission specialists – Jessica Penne (8-1) of Laguna Hills, Calif. and Lisa Ellis-Ward (14-7) of Lacey, Wash.- will square off with one another at strawweight (105 pounds).

All bouts have been approved by the Kansas State Athletic Commission.

Invicta Fighting Championships is a world championship Mixed Martial Arts (MMA) fight series dedicated to providing female athletes with a major platform to hone their skills on a consistent basis. Founded in 2012 by longtime MMA executive Shannon Knapp and sports aficionado Janet Martin, Invicta is committed to pioneering the future growth of women’s MMA by promoting the best possible matchups between female competitors and identifying and developing future superstars of the sport.