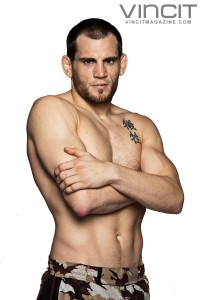 It has been quite a while since the UFC has had to deal with so many changes to their fight cards. When the promotion was getting started it was questions on if events would go as planned but now, almost two decades later, the questions are focused on a sudden rash of injuries.

In the past month or so a string of injuries have changed several fights on different fight cards. Main events, co main events and under card fights have all been affected. Here’s just a snippet of injuries that have shaken up fight cards.

Vitor Belfort (broken hand):Belfort was originally slated to headline UFC 147 inBrazil against Wanderlei Silva. On a card that had already suffered changes, this was a fight that could save the card. However on the morning of UFC 146, UFC President Dana White was informed ofBelfort’s broken hand and with four weeks until 147 the panic button was hit. Luckily for Dana, the always reliable Rich Franklin gladly stepped in to set-up a rematch with Silva that was 13 years in the making.

Dominick Cruz (torn ACL): Quite possibly one of the biggest injury hits the UFC has suffered this year; Cruz was slated to defend his bantamweight title against rival Urijah Faber at UFC 148 in July. It was to be the co-main event at one of the UFC’s top cards of the year. However, a torn ACL during training, an injury similar to Georges St. Pierre, put that on hold. With no Cruz, the UFC had to find an opponent for Faber in an interim title fight. For the first time since the promotion began in 1993, there will be two interim champions.

Jon Fitch (knee injury): Fitch’s injury doesn’t really take away a fight that fans were anxious to see, but it takes away the opportunity for Fitch to prove his 12 second KO loss to Johny Hendricks in December was a fluke. For the UFC welterweight, proving he could bounce back from such a loss was a big deal and to do it in front of aSan Jose,Calif. crowd would be motivation to give his best.

Yoshihiro Akiyama (undisclosed injury): Akiyama, like Fitch, was looking for a bounce back performance. He’s currently on a four-fight losing streak and is in dire need of a win. That could have come against Thiago Alves, but an undisclosed injury forced him out of his UFC 149 bout. He has been replaced by Siyar Bahadurzada, which many fans say will make for a much better fight. In a deep welterweight division, Akiyama would benefit from a quick recovery and subsequent victory over his next opponent.

Thiago Silva (back injury): Silva was slated to co-main event UFC 149 in a bout against ‘Shogun’ Rua, but he aggravated an old back injury during training and was forced to pull out. What’s making this a noteworthy injury is the fallout it has had. White and the UFC approached Rua with the idea of having Glover Teixeira take Silva’s spot, but it has been reported that Rua’s camp denied the fight. Silva’s injury could cause more fallout then one would believe. Not only will it affect UFC 149, but it might lead to a possible dispute between Rua’s camp and the UFC.

The hope is that this trend will soon be broken and not cause major changes to any more cards. That’s the hope, but the reality is that nobody will know how long this trend continues. For the UFC, and its fans, the want is that hope soon becomes reality.